Incomprehensible fate that sentenced my father to my mother. I can’t blame him, I would have left the raving bitch myself, and would do so many many times in years to come. Then, of course, I came along. There is a limit to what one man can endure. So I suppose I am the reason he left, actually. I am the one to blame. And yet he did his best; he did all that he was capable of doing, and wrote me every year, like clockwork. He rarely remembered to mail what he wrote me, poor man (when I think of what I must have put him through), barely legible one-sentence postcards he sometimes worked at half the night; but as they all said the same thing, word for word, it wasn’t that bad. He could be forgiven. The blizzard I visit your city disguised as will never be over and never arrive. I think what he was trying to say was that at some point I’d begin to notice I was freezing, wasn’t dressed right, had nowhere to go, and was staggering into a blinding snow that no one else could see. I think he meant, the cold will make you what I am today. 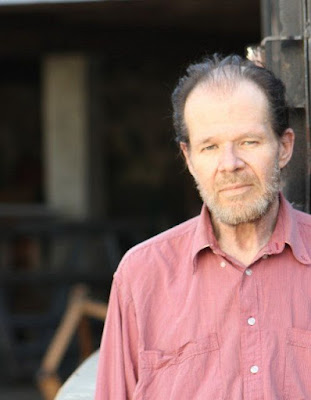