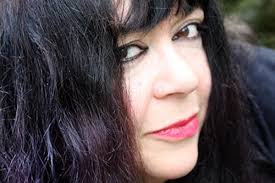 Posted by Unknown at 9:05 PM No comments:

The Forgotten Dialect of the Heart by Jack Gilbert

The Forgotten Dialect of the Heart

How astonishing it is that language can almost mean,
and frightening that it does not quite. Love, we say,
God, we say, Rome and Michiko, we write, and the words
Get it wrong. We say bread and it means according
to which nation. French has no word for home,
and we have no word for strict pleasure. A people
in northern India is dying out because their ancient
tongue has no words for endearment. I dream of lost
vocabularies that might express some of what
we no longer can. Maybe the Etruscan texts would
finally explain why the couples on their tombs
are smiling. And maybe not. When the thousands
of mysterious Sumerian tablets were translated,
they seemed to be business records. But what if they
are poems or psalms? My joy is the same as twelve
Ethiopian goats standing silent in the morning light.
O Lord, thou art slabs of salt and ingots of copper,
as grand as ripe barley lithe under the wind’s labor.
Her breasts are six white oxen loaded with bolts
of long-fibered Egyptian cotton. My love is a hundred
pitchers of honey. Shiploads of thuya are what
my body wants to say to your body. Giraffes are this
desire in the dark. Perhaps the spiral Minoan script
is not a language but a map. What we feel most has
no name but amber, archers, cinnamon, horses and birds. 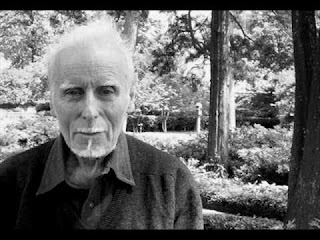 Poof
Here on my lap, in a small plastic bag,
my share of your ashes. Let me not squander
them. Your family blindsided me with this gift.
We want to honor your bond they said at the end
of your service, which took place, as you’d
arranged, in a restaurant at the harbor,
an old two-story boathouse made of dark
wood. Some of us sat on the balcony, on black
leather bar stools, staring at rows of docked boats.
Both your husbands showed up and got along.
And of course your impossibly handsome son.
After lunch, a slideshow and testimonials,
your family left to toss their share of you
onto the ocean, along with some flowers.
You were the girlfriend I practiced kissing
with in sixth grade during zero-sleep
sleepovers. You were the pretty one.
In middle school I lived on diet Coke and
your sexual reconnaissance reports. In this
telling of our story your father never hits
you or calls you a whore. Always gentle
with me, he taught me to ride a bike after
everyone said I was too klutzy to learn.
In this version we’re not afraid of our bodies.
In this fiction, birth control is easy to obtain,
and never fails. You still dive under a stall
divider in a restroom at the beach to free me
after I get too drunk to unlock the door. You still
reveal the esoteric mysteries of tampons. You
still learn Farsi and French from boyfriends
as your life ignites. In high school I still guide you
safely out of the stadium when you start yelling
that the football looks amazing as it shatters
into a million shimmering pieces, as you
loudly admit that you just dropped acid.
We lived to be sixty. Then poof, you vanished.
I can’t snort you, or dump you out over my head,
coating myself in your dust like some hapless cartoon
character who’s just blown herself up, yet remains
unscathed, as is the way in cartoons. In this version,
I remain in place for a while. Did you have a good
journey? I’m still lagging behind, barking up all
the wrong trees, whipping out my scimitar far
in advance of what the occasion demands. As I
drive home from your memorial, you fizz in
my head like a distant radio station. What
can I do to bridge this chasm between us?
In this fiction, I roll down the window, drive
uncharacteristically fast. I tear your baggie
open with my teeth and release you at 85
miles an hour, music cranked up full blast. 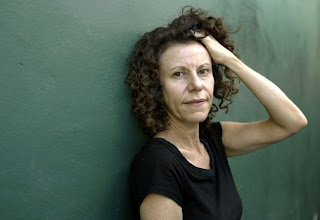 The Facts of Art by Natalie Diaz

The Facts of Art

from an American Indian basketry exhibit in
Portsmouth, Virginia

The Arizona highway sailed across the desert—
a gray battleship drawing a black wake,
halting at the foot of the orange mesa,
unwilling to go around.

Hopi men and women—brown, and small, and claylike
—peered down from their tabletops at yellow tractors, water trucks,
and white men blistered with sun—red as fire ants—towing
sunscreen-slathered wives in glinting Airstream trailers
in caravans behind them.

Elders knew these bia roads were bad medicine—knew too
that young men listen less and less, and these young Hopi men
needed work, hence set aside their tools, blocks of cottonwood root
and half-finished Koshari the clown katsinas, then
signed on with the Department of Transportation,

were hired to stab drills deep into the earth’s thick red flesh
on First Mesa, drive giant sparking blades across the mesas’ faces,
run the drill bits so deep they smoked, bearding all the Hopi men
in white—Bad spirits, said the Elders—

The blades caught fire, burned out—Ma’saw is angry, the Elders said.
New blades were flown in by helicopter. While Elders dreamed
their arms and legs had been cleaved off and their torsos were flung
over the edge of a dinner table, the young Hopi men went
back to work cutting the land into large chunks of rust.

Nobody noticed at first—not the white workers,
not the Indian workers—but in the mounds of dismantled mesa,
among the clods and piles of sand,
lay the small gray bowls of babies’ skulls.

Not until they climbed to the bottom did they see
the silvered bones glinting from the freshly sliced dirt-and-rock wall—
a mausoleum mosaic, a sick tapestry: the tiny remains
roused from death’s dusty cradle, cut in half, cracked,
wrapped in time-tattered scraps of blankets.

Let’s call it a day, the white foreman said.
That night, all the Indian workers got sad-drunk—got sick
—while Elders sank to their kivas in prayer. Next morning,
as dawn festered on the horizon, state workers scaled the mesas,
knocked at the doors of pueblos that had them, hollered
into those without them,

demanding the Hopi men come back to work—then begging them—
then buying them whiskey—begging again—finally sending their white
wives up the dangerous trail etched into the steep sides
to buy baskets from Hopi wives and grandmothers
as a sign of treaty.

When that didn’t work, the state workers called the Indians lazy,
sent their sunhat-wearing wives back up to buy more baskets—
katsinas too—then called the Hopis good-for-nothings,
before begging them back once more.

We’ll try again in the morning, the foreman said.
But the Indian workers never returned—
The bias and dots calls to work went unanswered,
as the fevered Hopis stayed huddled inside.

The small bones half-buried in the crevices of mesa—
in the once-holy darkness of silent earth and always-night—
smiled or sighed beneath the moonlight, while white women
in Airstream trailers wrote letters home

praising their husbands’ patience, describing the lazy savages:
such squalor in their stone and plaster homes—cobs of corn stacked
floor to ceiling against crumbling walls—their devilish ceremonies
and the barbaric way they buried their babies,
oh, and those beautiful, beautiful baskets. 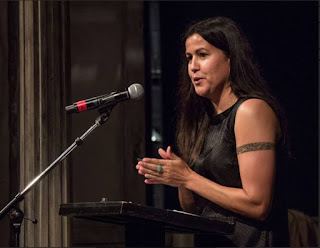