Via Negativa by Jane Monson

Via Negativa
My mother was not Christ, but she was spat at. My father was not Christ, but he didn’t always know this. The two of them met in a garden, but they were not Adam and Eve. And when my mother became pregnant, this was considered a miracle, and when pregnant again, this was nothing short of Blake’s sunflower vision. But we are none of these things. When my mother had an epileptic attack, she looked like a monster. Of course, she was not possessed, but as children we didn’t always know this. What she was, was spat at. Someone we didn’t know, who was more needle than skin, more threadbare than whole, turned his mouth to her as she fitted on the pavement; emptied his tongue, and told her to get up. Beside her, flowers shook their heads behind a newly built wall. She’d made the bricks bleed on her way down, and narrowly missed the plaque that named them the city’s best roses. 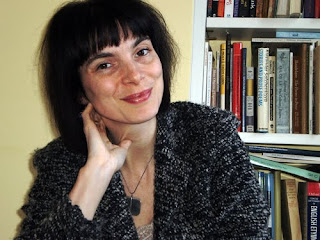