A Blessing from My Sixteen Years’ Son by Mary Karr

A Blessing from My Sixteen Years’ Son

I have this son who assembled inside me
during Hurricane Gloria. In a flash, he appeared,
in a tiny blaze. Outside, pines toppled.

Phone lines snapped and hissed like cobras.
Inside, he was a raw pearl: microscopic, luminous.
Look at the muscled obelisk of him now

pawing through the icebox for more grapes.
Sixteen years and not a bone broken,
not a single stitch. By his age,

I was marked more ways, and small.
He’s a slouching six foot three,
with implausible blue eyes, which settle

on the pages of Emerson’s “Self-Reliance”
with profound belligerence.
A girl with a naval ring

could make his cell phone go buzz
or an Afro'ed boy leaning on a mop at Taco Bell–
creatures strange as dragons or eels.

Balanced on a kitchen stool, each gives counsel
arcane as any oracle’s. Rodney claims school
is harshing my mellow. Case longs to date

a tattooed girl, because he wants a woman
willing to do stuff she’ll regret.
They’ve come to lead my son

into his broadening spiral.
Someday soon, the tether
will snap. I birthed my own mom

into oblivion. The night my son smashed
the car fender, then rode home
in the rain-streaked cop car, he asked, Did you

and Dad screw up much?
He’d let me tuck him in,
my grandmother’s wedding quilt

from 1912 drawn to his goateed chin. Don’t
blame us, I said. You’re your own
idiot now. At which he grinned.

The cop said the girl in the crimped Chevy
took it hard. He’d found my son
awkwardly holding her in the canted headlights,

where he’d draped his own coat
over her shaking shoulders. My fault,
he’d confessed right off. 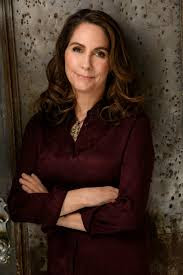