Charles on Fire by James Merrill

Another evening we sprawled about discussing
Appearances. And it was the consensus
That while uncommon physical good looks
Continued to launch one, as before, in life
(Among its vaporous eddies and false claims),
Still, as one of us said into his beard,
"Without your intellectual and spiritual
Values, man, you are sunk." No one but squared
The shoulders of their own unlovliness.
Long-suffering Charles, having cooked and served the meal,
Now brought out little tumblers finely etched
He filled with amber liquor and then passed.
"Say," said the same young man, "in Paris, France,
They do it this way"--bounding to his feet
And touching a lit match to our host's full glass.
A blue flame, gentle, beautiful, came, went
Above the surface. In a hush that fell
We heard the vessel crack. The contents drained
As who should step down from a crystal coach.
Steward of spirits, Charles's glistening hand
All at once gloved itself in eeriness.
The moment passed. He made two quick sweeps and
Was flesh again. "It couldn't matter less,"
He said, but with a shocked, unconscious glance
Into the mirror. Finding nothing changed,
He filled a fresh glass and sank down among us. 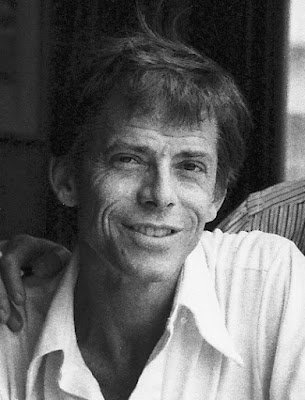