Envy of Other People's Poems by Robert Hass

Envy of Other People's Poems

In one version of the legend the sirens couldn't sing.
It was only a sailor's story that they could.
So Odysseus, lashed to the mast, was harrowed
By a music that he didn't hear -- plungings of the sea,
Wind-sheer, the off-shore hunger of the birds –
And the mute women gathering kelp for garden mulch,
Seeing him strain against the cordage, seeing
the awful longing in his eyes, are changed forever
On their rocky waste of island by their imagination
Of his imagination of the song they didn't sing. 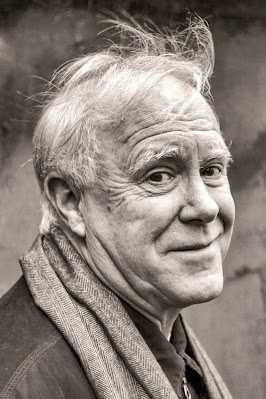 Posted by Anonymous at 9:45 PM