Demeter in Paris by Meghan O'Rourke

You can only miss someone when they are present to you.

The Isle of the Dead is both dark and light.

Henry Miller told Anaïs Nin that the only real death is being dead while alive.

The absent will only be absent when they are forgotten.

Until then, absence is a lie, an oxymoron.

Therefore it is entirely unclear what absence means, or consists of.

Sometimes I want to be famous once more, and then I think about the paparazzi.

I value my solitude. But I fear I am dead while alive.

To avoid living, worry about all you’ve forgotten.

Then worry about what you will forget.

I have lived long enough to want to do it over.

When I miss my daughter, it’s as a kind of idea. Then she comes to me unexpectedly:
in her corduroy red parka, hair sticking out,
smiling at the geese, eating her shoelaces,
pointing, crying, More!

When I saw the movie, in the dark center of winter, I thought:

Alone so much, I think about the people whose stories I learn in books.

Often I think of the grandmother of one of Picasso’s lovers. Her granddaughter

did not understand why she went so often to the graves of her children and husband.

Just wait, her grandmother said. You will see.

No, what she said is there comes a time when, past your moment,

you live for external things: the sky, a piece of grass, a smell.

A painting, I would say. A painting where the colors are everything. 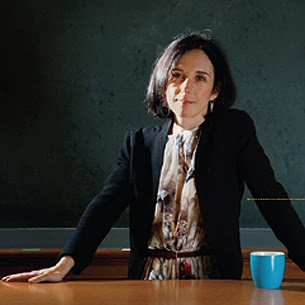 Posted by Anonymous at 7:23 AM