The Wide Receiver Declares Himself Ready by Lytton Smith

The Wide Receiver Declares Himself Ready

“Go long,” you say, “get open,” though you mean
Why don’t you tie your sorrows to your saddle-bow
and ride singing forth?—and I set off, gone beyond
the last bus-stop, its shelter idling, I continue
past the moon landing staged in a barn
the government has blacked-out and starred
with phosphor. I keep going, past the last whalers,
sea-town inns, verge-of-the-afterlife churches
clergied by sailors the ocean spewed back, I reach
the harbour where townsmen jettison the cargo
of tea leaves, I travel waters where the Armada lies
foundered from cannon-breach, I pass Chaucer’s company
returning, their contest forgotten as the inn approaches,
I go beyond the fifteen-foot walls of the Tower of London
to the battle at Hastings where the Normans feint flight
then charge then rout, and here, “Go long, get open,” means
“stand firm,” means “to the death,” and when I call “let fly”
you do, arrow or pigskin lost in the sun and I’m waiting
and waiting and you won’t believe the far I’ve gone. 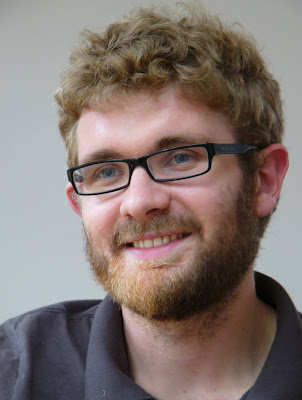 Posted by Anonymous at 8:04 AM