. . .but one day through the gate left half-open
there are yellow lemons shining at us
and in our empty breasts
these golden horns of sunlight
pour their songs.

Time, my twin, take me by hand
through the streets of your city;
my days, your pigeons, are fighting for crumbs -

A woman asks at night for a story with a happy ending.
I have none. A refugee,

I go home and become a ghost
searching the houses I lived in. They say -

against the Church's will and his father's will and
the father of his father. Losing all,

eager to lose: the estate, ships,
hiding this ring (his wedding ring), a ring

my father handed to my brother, then took. Handed,
then took, hastily. In a family album

Then my mother begins to dance, re-arranging
this dream. Her love

is difficult; loving her is simple as putting raspberries
in my mouth.

On my brother's head: not a single
gray hair, he is singing to his twelve-month-old son.

And my father is singing
to his six-year-old silence.

This is how we live on earth, a flock of sparrows.
The darkness, a magician, finds quarters

behind our ears. We don't know what life is,
who makes it, the reality is thick

with longing. We put it up to our lips
and drink.

I believe in childhood, a native land of math exams
that return and do not return, I see -

the shore, the trees, a boy
running across the streets like a lost god;

the light falls, touching his shoulder.

Where memory, an old flautist,
plays in the rain and his dog sleeps, its tongue

half hanging out;
for twenty years between life and death

I have run through silence: in 1993 I came to America.

America! I put the word on a page, it is my keyhole.
I watch the streets, the shops, the bicyclist, the
oleanders,

two women strolling along the water front.
I open the windows of an apartment

and say: I had masters once, they roared above me,
Who are we? Why are we here?

the tales they told began with:
"mortality," "mercy."

A lantern they carried still glitters in my sleep,
confused ghosts who taught me living simply.

-- in this dream: my father breathes
as if lighting a lamp over and over. The memory

is starting its old engine, it begins to move
and I think the trees are moving.

I unmake these lines, dissolving in each vowel,
as Neruda said, my country

I change my blood in your direction. The evening whispers
with its childlike, pulpy lips.

On the page's soiled corners
my teacher walks, composing a voice;

he rubs each word in his palms:
"hands learn from the soil and broken glass,

you cannot think a poem," he says,
"watch the light hardening into words."

but the provinces of human longing:
to the rhythm of snow

But you asked
for a story with a happy ending. Your loneliness

played its lyre. I sat
on the floor, watching your lips.

Love, a one legged bird
I bought for forty cents as a child, and released;

is coming back, my soul in reckless feathers.
O the language of birds

with no word for complaint! -
the balconies, the wind.

This is how, while darkness
drew my profile with its little finger,

I have learned to see past as Montale saw it,
the obscure thoughts of God descending

among a child's drum beats,
over you, over me, over the lemon trees 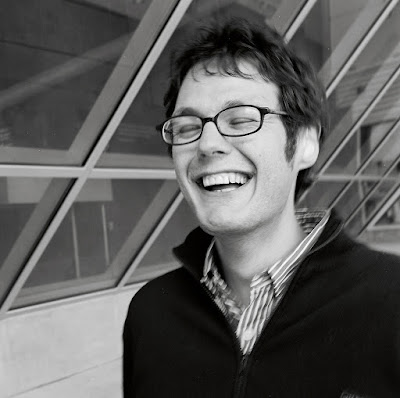 Posted by Anonymous at 8:43 PM