My father once broke a man’s hand
Over the exhaust pipe of a John Deere tractor. The man,
Ruben Vasquez, wanted to kill his own father
With a sharpened fruit knife, and he held
The curved tip of it, lightly, between his first
Two fingers, so it could slash
Horizontally, & with surprising grace,
Across a throat. It was like a glinting beak in a hand,
And, for a moment, the light held still
On those vines. When it was over,
My father simply went in & ate lunch, & then, as always,
Lay alone in the dark, listening to music.
He never mentioned it.

I never understood how anyone could risk his life,
Then listen to Vivaldi.

Sometimes, I go out into this yard at night,
And stare through the wet branches of an oak
In winter, & realize I am looking at the stars
Again. A thin haze of them, shining
And persisting.

It used to make me feel lighter, looking up at them.
In California, that light was closer.
In a California no one will ever see again,
My father is beginning to die. Something
Inside him is slowly taking back
Every word it ever gave him.
Now, if we try to talk, I watch my father
Search for a lost syllable as if it might
Solve everything, & though he can’t remember, now,
The word for it, he is ashamed…
If you can think of the mind as a place continually
Visited, a whole city placed behind
The eyes, & shining, I can imagine, now, its end—
As when the lights go off, one by one,
In a hotel at night, until at last
All of the travelers will be asleep, or until
Even the thin glow from the lobby is a kind
Of sleep; & while the woman behind the desk
Is applying more lacquer to her nails,
You can almost believe that elevator,
As it ascends, must open upon starlight.

I stand out on the street, & do not go in.
That was our agreement, at my birth.

And for years I believed
That what went unsaid between us became empty,
And pure, like starlight, & that it persisted.

I got it all wrong.
I wound up believing in words the way a scientist
Believes in carbon, after death.

Tonight, I’m talking to you, father, although
It is quiet here in the Midwest, where a small wind,
The size of a wrist, wakes the cold again—
Which may be all that’s left of you & me.

When I left home at seventeen, I left for good.

That pale haze of stars goes on & on,
Like laughter that has found a final, silent shape
On a black sky. It means everything
It cannot say. Look, it’s empty out there, & cold.
Cold enough to reconcile
Even a father, even a son. 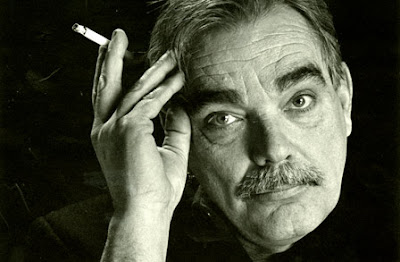