It was in the earth only
That he was at the bottom of things
And of himself. There he could say
Of this I am, this is the patriarch,
This it is that answers when I ask,
This is the mute, the final sculpture
Around which silence lies on silence.
This reposes alike in springtime
And, arbored and bronzed, in autumn.

Everything comes to him
From the middle of his field. The odor
Of earth penetrates more deeply than any word.
There he touches his being. There as he is
He is. The thought that he had found all this
Among men, in a woman—she caught his breath—
But he came back as one comes back from the sun
To lie on one’s bed in the dark, close to a face
Without eyes or mouth, that looks at one and speaks. 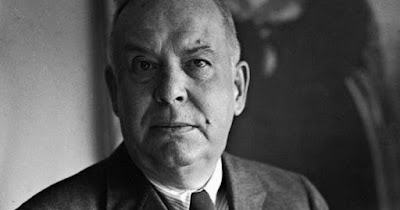