In the harsh glare of an easily
reprehensible life. The channel changer is lost
in the crack of an infinite sofa.
Everything falls apart, everything breaks
down, torn into a million
fragments, Jericho everyday.

I want to be the blameless
victim in this canceled puppet show,
the marionette every mother loves, the one
souvenirs are modeled from.

(In that lifetime, Elton John will write mushy ballads just
for me. Michael Jackson will want to be my best friend. He’d
take me to the Neverland Ranch, and by the llama feeding trough,
he’d say something like, “You’re a great guy, don’t give up,
stay positive!” And I’d say, “Michael, you fucking idiot, I am
positive!” And he’d say, “Oh, you’re so funny! Would you like
to touch Bubbles?”
And I would.)

In the crux of my hollow innocent youth,
I believed that my teddy bears had feelings.
To cure me of this, my guardians made me give
them to the church missionaries’ children.
Scrubbed-clean rosy-cheeked blonde kids who smelled
of sweat and talc, who were in constant
wide-blue-eyed bewilderment as to why
they were profusely perspiring in the tropics,
instead of living out some winter wonderland Bobsey Twins
fantasy, who were oblivious
to their parents’ desperate efforts
to save the dusky masses, ignorant enough
to believe in the secret lives of stuffed animals.
I could not eat animal crackers
because I did not want to hurt the poor things;
but, braised the right way, I could eat
any part of a pig, starting with the head,
working on the soft flesh around the eyes,
savoring its raspy tongue with a dipping
sauce of ginger, chilies and lime.

I used to have this theory about how
much life a human body could hold.
It all had to do with the number
of heartbeats. Each human is assigned a number
determined by an unknown power cascading
over the dark waters of the unformed Earth.

For some, it was a magnificently high number,
seen only in Richie Rich comics, and for others,
it was frightfully low, like twenty-six.
No bargaining, no coupons,
no White Flower Day sale, no specials. Once
you hit your number, you croak.
I imagined the angels in heaven
and the demons in hell gathering to watch
the counters turn, like how I enjoyed watching
the speedometer line up to a row of similar
numbers, and especially when the row of
nines turned into
the row of zeros.

An eternal damnation. An everlasting love.

I could not imagine the night sky
stretched out forever, so I decided that it came
to an end at some point, by a velvet rope it ended
and beyond that rope were row after row of cushioned seats,
a majestic cosmic theater,
playing every movie I can remember.

I want to be able to evoke
those blameless and innocent days, to revel
in their ignorance and goodness
as if they have the power
to protect and to heal,
and to strengthen,
and to bring me to safety
long after all other resources
were exhausted.

But I emerge anew in the wreckage,
blinking in the sunlight,

the residue of salt water in my belly.

You know what they say,
God never closes a door before making sure
that the windows are barricaded
and the fire escape is inaccessible.

I used to know how to stop the revolution of planets.

I used to know how to save the world.

Now, I don’t know anything anymore. 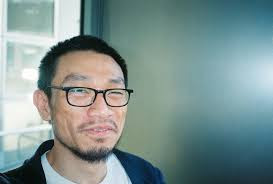 Posted by Anonymous at 9:04 PM