Mourning What We Thought We Were by Frank Bidart

Mourning What We Thought We Were

We were born into an amazing experiment.

At least we thought we were. We knew there was no
escaping human nature: my grandmother

thought, of which history
is the mere shadow—

Every serious work of art about America has the same
theme: America

is a great Idea: the reality leaves something to be desired.

Bakersfield. Marian Anderson, the first great black classical
contralto, whom the Daughters of the American Revolution

would not allow to sing in an unsegregated

Constitution Hall, who then was asked by Eleanor
Roosevelt to sing at the Lincoln Memorial before thousands

was refused a room at the Padre Hotel, Bakersfield.

My mother’s disgust
as she told me this. It confirmed her judgment about

what she never could escape, where she lived out her life.

My grandmother’s fury when, at the age of seven or
eight, I had eaten at the home of a black friend.

Bakersfield. When I was a kid, Okie

was still a common
term of casual derision and contempt.

So it was up to us, born
in Bakersfield, to carve a new history

of which history is the mere shadow—

To further the history of the spirit is our work:

therefore thank you, Lord
Whose Bounty Proceeds by Paradox,

for showing us we have failed to change.

White supremacists, once again in
America, are acceptable, respectable. America!

Bakersfield was first swamp, then
desert. We are sons of the desert
who cultivate the top half-inch of soil. 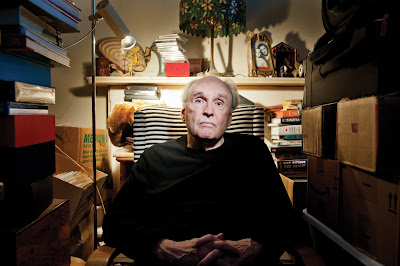 Posted by Anonymous at 9:36 PM