This is for the Pullman Porters who organized when people said
they couldn’t. And carried the Pittsburgh Courier and the Chicago
Defender to the Black Americans in the South so they would
know they were not alone. This is for the Pullman Porters who
helped Thurgood Marshall go south and come back north to fight
the fight that resulted in Brown v. Board of Education because
even though Kansas is west and even though Topeka is the birth-
place of Gwendolyn Brooks, who wrote the powerful “The
Chicago Defender Sends a Man to Little Rock,” it was the
Pullman Porters who whispered to the traveling men both
the Blues Men and the “Race” Men so that they both would
know what was going on. This is for the Pullman Porters who
smiled as if they were happy and laughed like they were tickled
when some folks were around and who silently rejoiced in 1954
when the Supreme Court announced its 9—0 decision that “sepa-
rate is inherently unequal.” This is for the Pullman Porters who
smiled and welcomed a fourteen-year-old boy onto their train in
1955. They noticed his slight limp that he tried to disguise with a
doo-wop walk; they noticed his stutter and probably understood
why his mother wanted him out of Chicago during the summer
when school was out. Fourteen-year-old Black boys with limps
and stutters are apt to try to prove themselves in dangerous ways
when mothers aren’t around to look after them. So this is for the
Pullman Porters who looked over that fourteen-year-old while
the train rolled the reverse of the Blues Highway from Chicago to
St. Louis to Memphis to Mississippi. This is for the men who kept
him safe; and if Emmett Till had been able to stay on a train all
summer he would have maybe grown a bit of a paunch, certainly
lost his hair, probably have worn bifocals and bounced his grand-
children on his knee telling them about his summer riding the
rails. But he had to get off the train. And ended up in Money,
Mississippi. And was horribly, brutally, inexcusably, and unac-
ceptably murdered. This is for the Pullman Porters who, when the
sheriff was trying to get the body secretly buried, got Emmett’s
body on the northbound train, got his body home to Chicago,
where his mother said: I want the world to see what they did
to my boy. And this is for all the mothers who cried. And this is
for all the people who said Never Again. And this is about Rosa
Parks whose feet were not so tired, it had been, after all, an ordi-
nary day, until the bus driver gave her the opportunity to make
history. This is about Mrs. Rosa Parks from Tuskegee, Alabama,
who was also the field secretary of the NAACP. This is about the
moment Rosa Parks shouldered her cross, put her worldly goods
aside, was willing to sacrifice her life, so that that young man in
Money, Mississippi, who had been so well protected by the
Pullman Porters, would not have died in vain. When Mrs. Parks
said “NO” a passionate movement was begun. No longer would
there be a reliance on the law; there was a higher law. When Mrs.
Parks brought that light of hers to expose the evil of the system,
the sun came and rested on her shoulders bringing the heat and
the light of truth. Others would follow Mrs. Parks. Four young
men in Greensboro, North Carolina, would also say No. Great
voices would be raised singing the praises of God and exhorting
us “to forgive those who trespass against us.” But it was the
Pullman Porters who safely got Emmett to his granduncle and it
was Mrs. Rosa Parks who could not stand that death. And in not
being able to stand it. She sat back down. 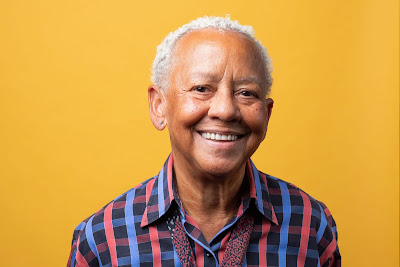 Posted by Anonymous at 7:59 PM