An excerpt from Nature Poem by Tommy Pico

An excerpt from Nature Poem
Onstage I’m a mess
of tremor and sweat
I must have some face-blindness? bc I can’t tell the difference btwn the  faces
of attention and danger

The gift of panic is clarity—repeat the known quantities:
Today is Wednesday.
Wednesday is a turkey burger.
My throat is full of survivors.
Science says trauma cd be passed down, molecular scar tissue, DNA
cavorting w/war and escape routes and yr dad’s bad dad
I’ve inherited this idea to disappear
Oh but you’re a natural performer
In the mid 1800s, California wd pay $5 for the head of an NDN and 25¢
per scalp—man, woman, or child. The state was reimbursed by the feds
When yr descended from a clever self adept at evading an occupying
force, when contact meant another swath of sick cousins, another
cosmology snuffed, another stolen sister
and the water and the blood and the blood and the blood and the
blood and the blood
u flush under the hot lights
--
I can’t write a nature poem bc that conversation happens in the Hall of
South American Peoples in the American Museum of Natural History
btwn two white ladies in buttery shawls as they pass a display case of
“traditional” garb from one tribe or another it doesn’t really matter to anyone
and that word Natural in Natural History hangs
also History
also Peoples
hangs as in frames
it’s horrible how their culture was destroyed
as if in some reckless storm
but thank god we were able to save some of these artifacts—history is so
important. Will you look at this metalwork? I could cry—
Look, I’m sure you really do just want to wear those dream catcher
earrings. They’re beautiful. I’m sure you don’t mean any harm, I’m sure
you don’t really think abt us at all. I’m sure you don’t understand the
concept of off-limits. But what if by not wearing a headdress in yr music
video or changing yr damn mascot and perhaps adding .05% of personal
annoyance to yr life for the twenty minutes it lasts, the 103 young ppl
who tried to kill themselves on the Pine Ridge Indian reservation over
the past four months wanted to live 50% more
I don’t want to be seen, generally, I’m a natural introvert, n I def don’t
want to be seen by white ladies in buttery shawls,
but I will literally die if I don’t scream
--
An NDN poem must reference alcoholism, like
I started drinking again after Mike Brown and Sandra Bland and Charleston
I felt so underwater it made no sense to keep dry
In my poem, I cdn’t get out of bed for two days after Mike Brown and
Sandra Bland and Charleston
me n sweatpants n a new york slice
I feel dry as California
where I somehow managed to thrive in a climate of drought for thousands
of years w/o draining the state, yet somehow we were primitive?
Consequence shapes behavior. So does the absence of consequences.
America says some ppl are raised guilty. Some are innocent of everything.
Some ppl will always have to be good sports remain calm
Remain Calm
Remain Calm
Who even wants to go into space? I fucking hate traveling
I’m a weirdo NDN faggot and frankly that limits my prospects
plus it sucks—watching the couples and the string lights
slow-dance in Monbijoupark, to realize
despite history
my own abrupt American body
America that green ghost, been after me for at least a couple hundred
years somehow once convinced me to do its dirty work for it sharp in a
warm bath
Sun breaks upon the Pacific Northwest. Is this a nature poem again 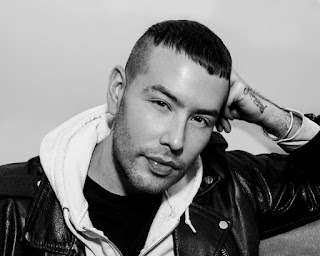