The Lie by Don Paterson

As was my custom, I’d risen a full hour
before the house had woken to make sure
that everything was in order with The Lie,
his drip changed and his shackles all secure.

I was by then so practiced in this chore
I’d counted maybe thirteen years or more
since last I’d felt the urge to meet his eye.
Such, I liked to think, was our rapport.

I was at full stretch to test some ligature
when I must have caught a ragged thread, and tore
his gag away; though as he made no cry,
I kept on with my checking as before.

Why do you call me The Lie? he said. I swore:
it was a child’s voice. I looked up from the floor.
The dark had turned his eyes to milk and sky
and his arms and legs were all one scarlet sore.

He was a boy of maybe three or four.
His straps and chains were all the things he wore.
Knowing I could make him no reply
I took the gag before he could say more 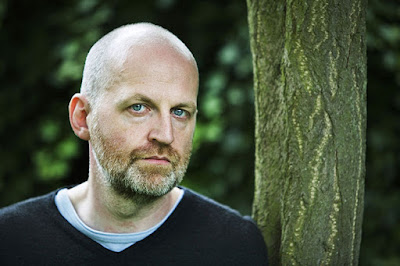