He kept his middle name, the pick of   the lot,
he thought, and mispronounced himself: Hall-stun.

At Bergdorf’s he acquired an accent and referred
to himself   in the third person, every bird he flayed

wrapped in Ultrasuede. He lit a True with a True,
smeared his hirsute muse with sequins. There were air-

kisses, Capote’s new-cut face at Studio 54, that Baccarat
flute of ejaculate. Never too late, he ordered in

meat and potatoes, and a trick.
He called it “dial-a-steak, dial-a-dick.” He appeared

on The Love Boat, Halstonettes in tow,
maybe the high, maybe the low, watermark.

When his pupils betrayed him at work, on came the shades.
And a well-cut blazer, paranoia. He had signed away

the rights to his name, for options. When he tried
to reclaim them from the conglomerate,

he excused himself to the toilet, just a sec —
white dust on a black turtleneck.

His block started to look a lot like sickness.
Even his beloved orchids, the sickness. 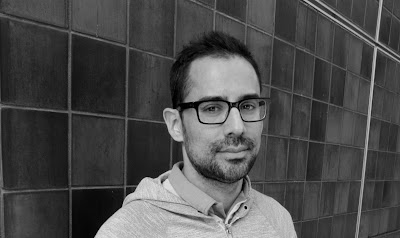 Posted by Anonymous at 8:26 AM