At the Movie: Virginia, 1956 by Ellen Bryant Voigt

This is how it was:
they had their own churches, their own schools,
schoolbuses, football teams, bands and majorettes,
separate restaurants, in all the public places
their own bathrooms, at the doctor’s
their own waiting room, in the Tribune
a column for their news, in the village
a neighborhood called Sugar Hill,
uneven rows of unresponsive houses
that took the maids back in each afternoon—
in our homes used the designated door,
on Trailways sat in the back, and at the movie
paid at a separate entrance, stayed upstairs.
Saturdays, a double feature drew the local kids
as the town bulged, families surfacing
for groceries, medicine and wine,
the black barber, white clerks in the stores—crowds
lined the sidewalks, swirled through the courthouse yard,
around the stone soldier and the flag,

and still I never saw them on the street.
It seemed a chivalric code
laced the milk: you’d try not to look
and they would try to be invisible.
Once, on my way to the creek,
I went without permission to the tenants’
log cabin near the barns, and when Aunt Susie
opened the door, a cave yawned, and beyond her square,
leonine, freckled face, in the hushed interior,
Joe White lumbered up from the table, six unfolding
feet of him, dark as a gun-barrel, his head bent
to clear the chinked rafters, and I caught
the terrifying smell of sweat and grease,
smell of the woodstove, nightjar, straw mattress—
This was rural Piedmont, upper south;
we lived on a farm but not in poverty.
When finally we got our own TV, the evening news
with its hooded figures of the Ku Klux Klan
seemed like another movie—King Solomon’s Mines,
the serial of Atlantis in the sea.
By then I was thirteen,
and no longer went to movies to see movies.
The downstairs forged its attentions forward,
toward the lit horizon, but leaning a little
to one side or the other, arranging the pairs
that would own the county, stores and farms, everything
but easy passage out of there—
and through my wing-tipped glasses the balcony
took on a sullen glamor: whenever the film
sputtered on the reel, when the music died
and the lights came on, I swiveled my face
up to where they whooped and swore,
to the smoky blue haze and that tribe
of black and brown, licorice, coffee,
taffy, red oak, sweet tea—

wanting to look, not knowing how to see,
I thought it was a special privilege
to enter the side door, climb the stairs
and scan the even rows below—trained bears
in a pit, herded by the stringent rule,
while they were free, lounging above us,
their laughter pelting down on us like trash. 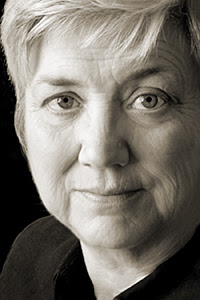 Posted by Anonymous at 9:38 PM