Learning to Make an Oud in Nazareth by Ruth Padel

Learning to Make an Oud in Nazareth

The first day he cut rosewood for the back,
bent sycamore into ribs and made a belly
of mahogany. Let us go early to the vineyards
and see if the vines have budded.
The sky was blue over the Jezreel Valley
and the gilt dove shone
above the Church of the Annunciation.
The second day, he carved a camel-bone base
for the fingerboard.
I sat down under his shadow with delight.
The third day, he made a nut of sandalwood,
and a pick guard of black cherry.
He damascened a rose of horn
with arabesques
as lustrous as under-leaves of olive beside the sea.
I have found him whom my soul loves.
He inlaid the sound hole with ivory swans,
each pair a valentine of entangled necks,
and fitted tuning pegs of apricot
to give a good smell when rubbed.
The fourth was a day for cutting
high strings of camel gut. His left hand
shall be under my head.
For the lower course, he twisted copper strings
pale as tarmac under frost.
He shall lie all night between my breasts.
The fifth day he laid down varnish.
Our couch is green and the beams of our house
are cedar and pine. Behind the neck
he put a sign to keep off the Evil Eye.
My beloved is a cluster of camphire
in the vineyards of En-gedi.
I watched him whittle an eagle feather, a plectrum
to celebrate the angel of improvisation
who dwells in clefts on the Nazareth ridge
where love waits—and grows, if you give it time.
Set me as a seal upon your heart.
On the sixth day the soldiers came
for his genetic code.
We have no record of what happened.
I was queuing at the checkpoint to Galilee.
I sought him and found him not.
He’d have been in his open-air workshop—
I called but he gave me no answer—
the selfsame spot
where Jesus stood when he came from Capernaum
to teach in synagogue, and townsfolk tried
to throw him from the rocks. Until the day break
and shadows flee away
I will get me to the mountain of myrrh.
The seventh day we set his wounded hands
around the splinters. Come with me from Lebanon,
my spouse, look from the top
of Shenir and Hermon, from the lions’ dens.
On the eighth there were no more days.
I took a class in carpentry and put away the bridal rug.
We started over
with a child’s oud bought on eBay.
He was a virtuoso of the oud
and his banner over me was love. 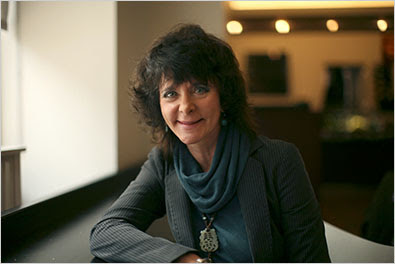 Posted by Anonymous at 8:46 PM