That was the year the Nazis marched into Vienna,
Superman made his debut in Action Comics,
Stalin was killing off his fellow revolutionaries,
The first Dairy Queen opened in Kankakee, Ill.,
As I lay in my crib peeing in my diapers.
“You must have been a beautiful baby,” Bing Crosby sang.
A pilot the newspapers called Wrong Way Corrigan
Took off from New York heading for California
And landed instead in Ireland, as I watched my mother
Take a breast out of her blue robe and come closer.
There was a hurricane that September causing a movie theater
At Westhampton Beach to be lifted out to sea.
People worried the world was about to end.
A fish believed to have been extinct for seventy million years
Came up in a fishing net off the coast of South Africa.
I lay in my crib as the days got shorter and colder,
And the first heavy snow fell in the night.
Making everything very quiet in my room.
I believe I heard myself cry for a long, long time. 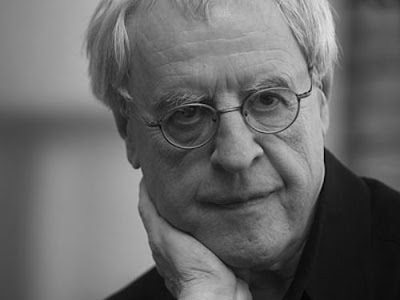 Posted by Anonymous at 9:20 AM