Suppose your Father was a Redbird by Pattiann Rogers

Suppose your Father was a Redbird

Suppose his body was the meticulous layering
Of graduated down which you studied early,
Rows of feathers increasing in size to the hard-splayed
Wine-gloss tips of his outer edges.

Suppose, before you could speak, you watched
The slow spread of his wing over and over,
The appearance of that invisible appendage,
The unfolding transformation of his body to the airborne.

Then today you might be the only one able to see
The breast of a single red bloom
Five miles away across an open field.
The modification of your eye might have enabled you
To spot a red moth hanging on an oak branch
In the exact center of the Aurorean Forest.
And you could define for us, "hearing red in the air,"
As you predict the day pollen from the poppy
Will blow in from the valley.

Naturally you would picture your faith arranged
In filamented principles moving from pink
To crimson at the final quill. And the red tremble
Of your dream you might explain as the shimmer
Of his back lost over the sea at dawn.
Your sudden visions you might interpret as the uncreasing
Of heaven, the bones of the sky spread,
The conceptualized wing of the mind untangling.

Imagine the intensity of your revelation
The night the entire body of a star turns red
And you watch it as it rushes in flames
Across the black, down into the hills.

If your father was a redbird,
Then you would be obligated to try to understand
What it is you recognize in the sun
As you study it again this evening
Pulling itself and the sky in dark red
Over the edge of the earth. 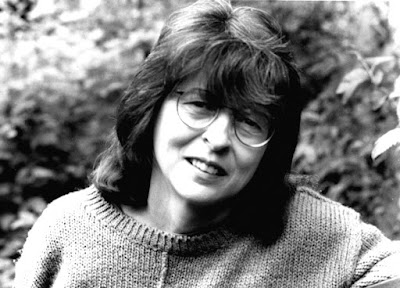 Posted by Anonymous at 7:42 AM