New Year’s Day, 2004
It used to be called the Mayfair
Leonardo Mondadori used to stay there.
The Lobby was the bar.
Fancy Italians were on display.
They sat in the lobby for years.
They seduced from the lavish armchairs.
They told their driver and car to be waiting outside
On their European cell phones.
I was a Traveller then upon the moor.
I walked directly through and down the three stairs.
Their women were theirs.
The Milanese women wore couture.
They smoked cigarettes and smiled and did not blink.
They were going to eat at Le Cirque.
Who could have been kinder than Leonardo?
It was a long time ago. 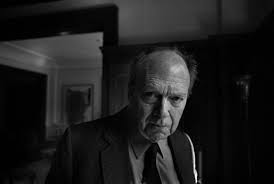 Posted by Anonymous at 9:07 AM