A Violence by Nicole Sealey

You hear the high-pitched yowls of strays
fighting for scraps tossed from a kitchen window.
They sound like children you might have had.
Had you wanted children. Had you a maternal bone,
you would wrench it from your belly and fling it
from your fire escape. As if it were the stubborn
shard now lodged in your wrist. No, you would hide it.
Yes, you would hide it inside a barren nesting doll
you’ve had since you were a child. Its smile
reminds you of your father, who does not smile.
Nor does he believe you are his. “You look just like
your mother,” he says, “who looks just like a fire
of suspicious origin.” A body, I’ve read, can sustain
its own sick burning, its own hell, for hours.
It’s the mind. It’s the mind that cannot. 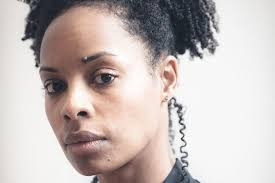