The Greatest Colors for the Emptiest Parts of the World

Sure, I used to say his name like a truth that, just
by saying it aloud, I could make more true, which
makes no more sense than having called it sorrow,
when it was only the rain making the branches hang
more heavily, so that some of them, sometimes,
even touched the ground … I see that now. I can

see how easy it is to confuse estrangement with
what comes before that, what’s really just another
form of being lost, having meant to spell out—
wordlessly, handlessly—I’m falling, not Sir,
I fell. As for emptiness spilling where no one
ever wanted it to, and becoming compassion, as

for how that happens— What if all we do is all we
can do? what if longing, annihilation, regret are all this
life’s ever going to be, a little music thrown across and
under it, ghost song from a cricket box when the last
crickets have again gone silent, now, or be still forever,
as the gathering crowd, ungathering, slowly backs away? 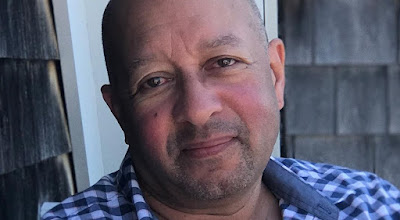 Posted by Anonymous at 8:42 PM