The Deer by Terrance Hayes

Outside Pataskala I saw the deer with a soft white belly,
the deer with two eyes as blind as holes, I saw it leap
from a bush beside the highway as if a moment before
it leapt it had been a bush beside the highway, and saw
how if I wished it, I could be the deer, a creature bony
as a branch in spring, and when I closed my eyes, I found
the scent of muscadine, the berry my mother plucked
Sundays from the roadside where fumes toughened
its speckled skin and seeds slept suspended in a mucus
thick as the sleep of an embryo. It is the ugliest berry
along the road, but chewed it reminded me of speed,
and I saw when I was the deer that I didn’t have to be a deer,
I could become a machine with a woman inside it
moving at a speed that leaves a stain on the breeze
and on the muscadine’s flesh, which is almost meat,
the sweet pulp a muscadine leaves when it’s crushed
in the teeth of a deer, or a mother for that matter
or her child waiting with something like shame to be fed
a berry uglier than shame, though it is not like this
for the deer, it is not shame because the deer is not human,
it is only almost human when it looks on the road
and leaps covering at least thirty feet in a blink, the deer
I cannot be, the dumb deer, dumb and foolish enough
to ignore anything that runs but is not alive, a trafficking
machine filled with a distracted mind and body deadly
and durable enough to deconstruct a deer when it leaps,
I’m telling you, like someone being chased. I remember
a friend told me how, when he was eight or nine,
a half-naked woman ran to the car window crying her man
was after her with a knife, but his mother locked the doors
and sped away. Someone tell him his mother was not
a coward. That’s what he thinks. Tell him it was because
he and his little brother were in the car, she would not
let the troubled world inside. It was no one’s fault.
The mind separated from the body. I could almost see
the holes of her eyes, the white fuzz on her tongue,
the raised buds soft as a bed of pink seeds,
the hole of a mouth stretched wide enough to hold
a whole baby inside, I could almost see its eyes
at the back of her throat, I could definitely hear its cries. 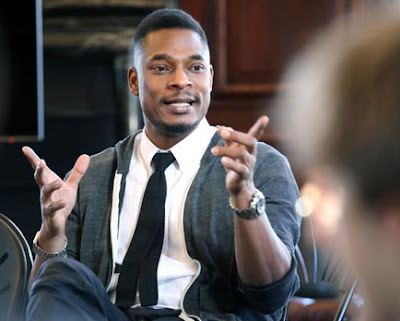 Posted by Anonymous at 9:14 PM