The Cure for What Ails You by Cameron Awkward-Rich

The Cure for What Ails You
is a good run, at least according to my mother,
which has seemed, all my life, like cruelty —
when I had a fever, for example, or a heart,
shipwrecked & taking on the flood. But now,
of course, this is what I tell my friend whose eye
has been twitching since last Tuesday, what I
tell my student who can’t seem to focus
her arguments, who believes, still,
that it’s possible to save the world
in 10-12 pages, double-spaced & without irony
I’m asking Have you tried going for a run?
You know, to clear your head? this mother-voice
drowning out what I once thought
to be my own. I’ll admit that when that man
became the president, before terrified I felt
relief — finally, here was the bald face
of the country & now everyone had to look
at it. Everyone had to see what my loves
for their lives, could not unsee. Cruelty
after all is made of distance —
sign here & the world ends
somewhere else. The world. The literal
world. I hold my face close to the blue
light of the screen until my head aches.
Until I’m sick & like a child I just want
someone to touch me with cool hands
& say yes, you’re right, something is wrong
stay here in bed until the pain stops & Oh
mother, remember the night
when, convinced that you were dying,
you raced to the hospital clutching
your heart & by the time you arrived
you were fine. You were sharp
as a blade. Five miles in & I can’t stop
thinking about that video. There’s a man
with his arms raised
in surrender. He was driving
his car. His own car & they’re charging him
bellowing like bulls I didn’t shoot you, motherfucker,
you should feel lucky for that. Yes. Ok.
Fine. My body too can be drawn
like any weapon. 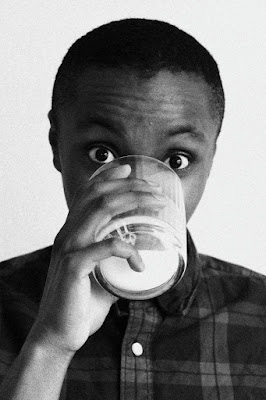