Poem Without Forgiveness by Dean Young

The husband wants to be taken back
into the family after behaving terribly,
but nothing can be taken back,
not the leaves by the trees, the rain
by the clouds. You want to take back
the ugly thing you said, but some shrapnel
remains in the wound, some mud.
Night after night Tybalt’s stabbed
so the lovers are ground in mechanical
aftermath. Think of the gunk that never
comes off the roasting pan, the goofs
of a diamond cutter. But wasn’t it
electricity’s blunder into inert clay
that started this whole mess, the I-
echo in the head, a marriage begun
with a fender bender, a sneeze,
a mutation, a raid, an irrevocable
fuckup. So in the meantime: epoxy,
the dog barking at who knows what,
signals mixed up like a dumped-out tray
of printer’s type. Some piece of you
stays in me and I’ll never give it back.
The heart hoards its thorns
just as the rose profligates.
Just because you’ve had enough
doesn’t mean you wanted too much. 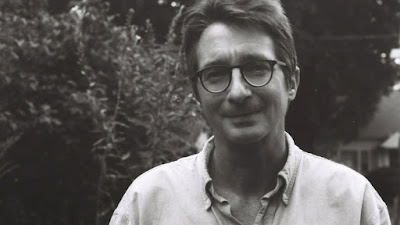 Posted by Anonymous at 8:53 PM