Accident, Mass. Ave.
I stopped at a red light on Mass. Ave.
in Boston, a couple blocks away
from the bridge, and a woman in a beat-up
old Buick backed into me. Like, cranked her wheel,
rammed right into my side. I drove a Chevy
pickup truck. It being Boston, I got out
of the car yelling, swearing at this woman,
a little woman, whose first language was not English.
But she lived and drove in Boston, too, so she knew,
we both knew, that the thing to do
is get out of the car, slam the door
as hard as you fucking can and yell things like What the fuck
were you thinking? You fucking blind? What the fuck
is going on? Jesus Christ! So we swore
at each other with perfect posture, unnaturally angled
chins. I threw my arms around, sudden
jerking motions with my whole arms, the backs
of my hands toward where she had hit my truck.
But she hadn't hit my truck. She hit
the tire; no damage done. Her car
was fine, too. We saw this while
we were yelling, and then we were stuck.
The next line in our little drama should have been
Look at this fucking dent! I'm not paying for this
shit. I'm calling the cops, lady. Maybe we'd throw in a
You're in big trouble, sister, or I just hope for your sake
there's nothing wrong with my fucking suspension, that
sort of thing. But there was no fucking dent. There
was nothing else for us to do. So I
stopped yelling, and she looked at the tire she'd
backed into, her little eyebrows pursed
and worried. She was clearly in the wrong, I was enormous,
and I'd been acting as if I'd like to hit her. So I said
Well, there's nothing wrong with my car, nothing wrong
with your car . . . are you OK? She nodded, and started
to cry, so I put my arms around her and I held her, middle
of the street, Mass. Ave., Boston, a couple blocks from the bridge.
I hugged her, and I said We were scared, weren't we?
and she nodded and we laughed. 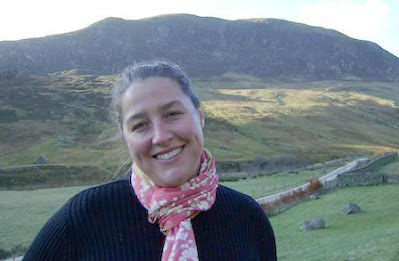 Posted by Anonymous at 7:47 PM