The Avocado by Terrance Hayes

The Avocado
“In 1971, drunk on the sweet, sweet juice of revolution,
a crew of us marched into the president’s office with a list
of demands,” the black man tells us at the February luncheon,
and I’m pretending I haven’t heard this one before as I eye
black tortillas on a red plate beside a big green bowl
of guacamole made from the whipped, battered remains
of several harmless former avocados. If abolitionists had a flag
it would no doubt feature the avocado, also known as the alligator
pear, for obvious reasons. “Number one: reparations!
Enough gold to fill each of our women’s wombs, gold
to nurse our warriors waiting to enter this world with bright fists,
that’s what we told them,” the man says, and I’m thinking
of the money-colored flesh of the avocado, high in monosaturates;
its oil content is second only to olives. I am looking
at Yoyo’s caterpillar locks dangle over her ear. I dare you
to find a lovelier black woman from Cincinnati, where the North
touches the South. “Three: we wanted more boulevards
named for the Reverend Dr. Martin Luther King Jr. An airport
named for Sojourner Truth.” The roots of the avocado tree
can raise pavement, so it’s not too crazy to imagine the fruit
as a symbol of revolt on the abolitionist flag. We are all one kind
of abolitionist or another, no doubt. And we are like the avocado too
with its inedible ruby-colored seed that can actually sprout from inside
when the fruit is overmature, causing internal molds and breakdown.
“Demand number twenty-one: a Harriet Tubman statue on the mall!”
Brother man is weeping now and walking wet tissue to the trash can
and saying, “Harriet Tubman was a walking shadow,” or, “Harriet Tubman
walked in shadows,” or, “To many, Harriet Tubman was a shadow
to walk in,” and the meaning is pureed flesh with lime juice,
minced garlic, and chili powder; it is salt, and the pepper
Harriet Tubman tossed over her shoulder to trouble the bloodhounds.
Many isolated avocado trees fail to fruit from lack of pollination.
“Goddamn, ain’t you hungry?” I whisper to Yoyo, and she puts a finger
to my lips to distract me. Say, baby, wasn’t that you waking me up
last night to say you’d had a dream where I was a big luscious mansize
avocado? Someone’s belly is growling. “We weren’t going
to be colored, we weren’t going to be Negro,” the man says,
and I’m thinking every time I hear this story it’s the one telling the story
that’s the hero. “Hush now,” Harriet Tubman probably said
near dawn, pointing a finger black enough to be her pistol barrel
toward the future or pointing a pistol barrel black enough
to be her finger at the mouth of some starved, stammering slave
and then lifting her head to listen for something no one but her could hear. 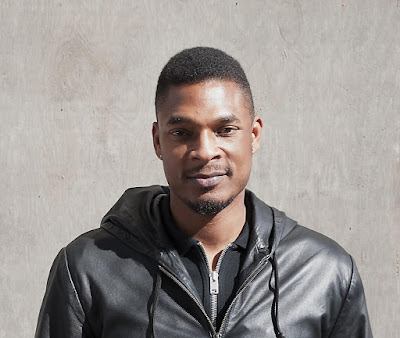 Posted by Anonymous at 9:02 PM