As You Never Bothered to Return My Call by August Kleinzahler

As You Never Bothered to Return My Call

What I had wanted was to be chaste,
sober and uncomfortable
for a sprawling episode on a beach somewhere
dirty, perennially out of fashion;
let the smell of cocoa butter drive deep memory wild
as the sun went down, a parti-colored blur,
examined through a bottle of pop
some kid gave up on only half-way through
and left to go warm in the sand.

The train ride would be long and hot,
and you, you’ve had it with men.
Me . . .
I’m sickened by the pronoun.
Tenderness seems as far away as Sioux City
and besides, it would have cost too much.
But you should have called,

if only since a preposterous little episode like this
is just the stuff to scare off extra friends,
like soaking their laps with corrosive fizz.
And us . . .
What an impertinence, us.
We could have played gin rummy and taken a stroll
into town or along the boardwalk, maybe,
with dear old Godzilla,
the first one, the best one, the 1954 one,
reprising his role this one last time, raising himself up
over the horizon at dusk,
and hurrying us to a place we never would have
dreamt of
going. 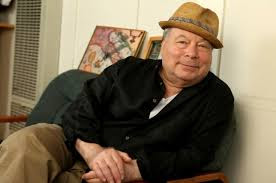