The Galleons by Rick Barot

The Galleons
The galleons want to go to the opera
because they want to hear emotions as big as their emotions.
When the spurned lover sings
his booming aria, they think of the oceans that cover
the world almost completely.
When the young maid sings her way
to being the queen of a kingdom,
they think of the months-long journeys that will pick off
their crews one by one, in terrifying
weather followed by boredom. And then the galleons want
to shop in the mall in the suburbs.
Everything they see there is like the secrets
they once carried in their holds.
Racks of blouses like sacks of gold, tiers of blenders
like crates of silver. The food courts
remind them of their full bellies before the trips home,
the weight in the center of the body
after it has eaten everything, the stomach glossy and pink
as a shopping bag. And then the galleons
want to visit the boy who loves making model boats
in the basement that his parents have given up
to his hobby. Wearing a magnifying
visor, at a table with glues and tweezers and exact
bits of wood, the boy puts together long ships
and carracks in exquisite minute scale.
The galleons approve of the galleon he has been making
for months, imagining the huge tonnage
of the actual ships, their cannons arrayed on the sides
like judges. And then the galleons, on certain
other days, want to go back to the forests
they came from, to reel the blood-soaked narrative
back to the stands of pines and oaks
that will become their keels and decking,
hulls and masts. Back to the mountains being mountains,
their iron in the ground like gray thoughts.
Back to the birds being birds.
Back to the lakes being lakes, deeply shining,
like the black velvet gloves of a prince in an old painting. 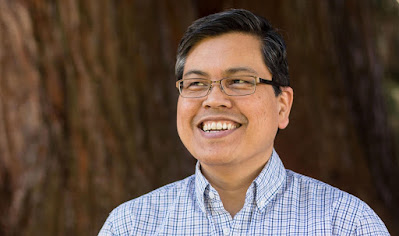