All by Jorie Graham

All
After the rain stops you can hear the rained-on.
You hear oscillation, outflowing, slips.
The tipping-down of the branches, the down, the
exact weight of those drops that fell
over the days and nights, their strength, accumulation,
shafting down through the resistant skins,
nothing perfect but then also the exact remain
of sun, the sum
of the last not-yet-absorbed, not-yet-evaporated
days. After the rain stops you hear the
washed world, the as-if inquisitive garden, the as-if-perfect beginning again
of the buds forced open, forced open – you
cannot not unfurl
endlessly, entirely, till it is the yes of blossom, that end
not end – what does that sound sound like
deep in its own time where it roots us out
completed, till it is done. But it is not done.
Here is still strengthening. Even if only where light
shifts to accord the strange complexity which is beauty.
Each tip in the light end-outreaching as if anxious
but not. The rain stopped. The perfect is not beauty.
Is not a finished thing. Is a making
of itself into more of itself, oozing and pressed
full force out of the not-having-been
into this momentary being – cold, more
sharp, till the beam passes as the rain passed,
tipping into the sound of ending which does not end,
and giving us that sound. We hear it.
We hear it, hands
useless, eyes heavy with knowing we do not
understand it, we hear it, keep in its own
consuming, compelling, a dry delight, a just-going-on sound not
desire, neither lifeless nor deathless, the elixir of
change, without form, we hear you in our world, you not
of our world, though we can peer at (though not into)
flies, gnats, robin, twitter of what dark consolation –
though it could be light, this insistence this morning
unmonitored by praise, amazement, nothing to touch
where the blinding white thins as the flash moves off
what had been just the wide-flung yellow poppy,
the fine day-opened eye of hair at its core,
complex, wrinkling and just, and then the blazing ends, sloughed off as if a
god-garment the head and body
of the ancient flower had put on for a while –
we have to consider the while it seems
to say or I seem to say or
something else seems to we are not
nothing. 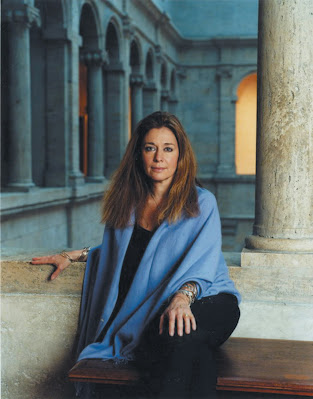 Posted by Anonymous at 9:20 PM