The Arc by Frank Bidart

The Arc
When I wake up,
I try to convince myself that my arm
isn’t there—
to retain my sanity.
Then I try to convince myself it is.
•    •    •
INSTRUCTIONS
1. Always bandage firmly. The pressure should be constant over the entire stump with greatest pressure near the tip to attempt to make the stump cone-shaped.
2. If stump starts to throb, remove the bandage at once. Leave bandage off for one hour and rebandage the stump as before, firmly. Inspect the skin of your stump daily for any blisters, spots or sores and report them.
3. Wash bandage with mild soap in luke warm water. DO NOT WRING! Squeeze the waters out gently and place the bandage over the shower rod to dry thoroughly. DO NOT STRETCH OR IRON!!
4. Change the stump sock daily. Wash the sock daily with mild soap in luke warm water. DO NOT WRING! Squeeze the water out gently—place the sock on a flat surface to dry.
•    •    •
I used to vaguely perceive the necessity
of coming to terms with the stump-filled, material world,—
things, bodies;
CRAP—
a world of accident, and chance—;
but after
the accident, I had to understand it
not as an accident—;
the way my mother,
years before locked in McLean’s,
believed the painting of a snow-scene above her bed
had been placed there by the doctor to make her feel cold.
How could we convince her it had no point?. . .
It had no point,—
it was there
without relation to my mother; by chance; by
CHANCE the car swerved when a yellow car
came at us—; and the next
minute, when I looked down
all I saw was a space below the elbow
instead of my arm . . .
The police still can’t figure out exactly what happened.
I tell myself:
“Insanity is the insistence on meaning.”
•    •    •
He asked me if I wanted to get undressed, but I’m
embarrassed to take my shirt off,
so I told him to go ahead and take all his clothes off.
His body looked small and white lying on top of the dark bedspread.
I said I wanted to watch him wash
his prick.
He got up and walked
to the washbasin against the wall,
then I went up, and started to wash
it with mild soap in luke warm water.
I squeezed it.
He laughed,
and after drying off, went back to the bed.
I asked if he had a job.
“Drove a truck for a while,
but about a week ago—I got laid off.”
He looked uneasy, almost scared.
“When I was in Vietnam,
my wife met someone else, and divorced me.
I have a little daughter three years old.”
He got his wallet and showed me the little girl’s picture.
“I don’t blame my wife—I was gone
a long time, and like everybody
else in Vietnam I did a lot of fucking around.”
He looked frightened and embarrassed, seeming to want
me to reassure him . . .
I asked him to tell me about Vietnam.
“Anything you touched might explode. I know guys
just kicked a rock, and got killed . . .
Once a buddy of mine
was passing a hut, when a gook motioned to him to come inside.
Inside a woman was lying on her back, with
a pile of cigarettes next to her. He threw
some cigarettes next to her. He threw
some cigarettes on the pile, got on top of her,
and shoved in his prick.
He screamed.
She had a razor blade inside.
The whole end of his thing was sliced in two . . .
They fixed it up;
but what can he tell his wife?”
When he asked me what kind of sex I wanted,
I suddenly
forgot why
a body can make me feel horny—;
I wanted to leave.
But afraid
leaving might insult him, I asked him to masturbate.
“Sure.”
He closed his eyes. For several minutes
his arm and hand with great energy
worked, as his contorted face tried to concentrate.
I stared at him, wishing
I could know
the image in his mind when at last he came.
•    •    •
The person I can’t forget on my mother’s ward
I don’t know the name of.
She still stands there
in my mind,—
though it is summer, and hot,
she is wearing a heavy terry-cloth robe,
sweating, with a thin metal chain around her neck:
that’s all—
she is assuring me
she wears nothing under the robe,
that to wear anything
would limit her, that the doctors tell her
to have an “identity”
she must wear something—
“But I don’t want an identity!
This way I’m free . . . Everybody else
has a medal on their chain, with a picture
or name on it, but I don’t—
this way
I’m not bound down. . .”
With two hands
she begins to work the chain
around and around her neck, she soon gets
franticly excited,
and finally the attendant leads her away . . .
I only saw her once; that’s
her identity in my mind,—
and even in my mind,
sweating
she wears a body
•    •    •
In Michelangelo’s drawing The Dream, a man,
his arms lightly touching the globe,
all the masks at last lying dead beneath him,
is wakened by an angel
hovering above him,
the angel’s trumpet directed by the angel’s arms,
the two figures connected by the trumpet,
wakened to the World ranged round him,
which is his dream, as well as Sin:
Sex. Identity. History. Family.
Affection. Obsession. Chance.

—the seven
Deadly Sins, spirit
implicating itself in matter, only able to know itself
by what it has done in Time,—
are all ranged round him, the angel
waking him to himself . . . his arms lightly touching the globe.
•    •    •
In Paris, on the footbridge between the Ile St. Louis
and the Ile de la Cité,
about six months after the accident,
I had an illumination:
the solution was to forget
that I had ever had an arm.
The lost arm had never existed.
Since the accident,
I had gotten more and more obsessed: the image
of what I had been,
the anticipations,
demands and predilections of a two-armed man
haunted me—
I was no longer whole; proportioned; inviolate . . .
In a store, I found a “memorial album”:
birth date, death date, place
of rest, visitors to the coffin—
I could clearly see
an obituary:
On a certain date, in a certain place,
he lost his arm.
Twice I dreamed the cone of my stump
was a gravestone:
I saw it:
the whole of my life
was a kind of arc
stretching between two etched, ineradicable dates . . .
I had to escape that arc—
even notions like career and marriage (all those things
which because they
have a beginning, must end—)
seemed to suffocate . . .
I went to Paris. My family’s sympathy,
the vivid scenes of my former life
whispered that my body was bound by two iron dates . . .
One day, leaving my hotel on the Ile St. Louis,
I saw a black dog and a young boy madly running.
Nothing unusual—
except the dog only had one
front leg. He seemed without consciousness
of what he lacked;
free of memory as a vegetable.
Looking at each other, they happily jogged along,
started to cross the bridge, and I followed—
then, as I crossed it, suddenly
I felt that I too must erase my past,
that I could, must pretend (almost
as an experiment) I had never had more
than one arm, that the image
faced in the mirror
was the only, the inevitable image . . .
—For a time, it worked;
I was happy;
without a past, I seemed not to exist
in time at all,—
I only remember a sense of release, ease,
proportion—
I am now one, not less than one . . .
Then, after about two weeks, imperceptibly
everything I saw became
cardboard . . .
Even the things I touched—
I couldn’t allow myself to remember
the vivid associations
which gave dimension to what I
touched, saw, smelt,—
the resonance of every image
I had to try to cut from my brain, it had been felt
by someone with two hands and two arms . . .
I had to try to cut from my brain
my phantom hand
which still gets cramps, which my brain still
recognizes as real—
and now, I think of Paris,
how Paris is still the city of Louis XVI and
Robespierre, how blood, amputation, and rubble
give her dimension, resonance, and grace. 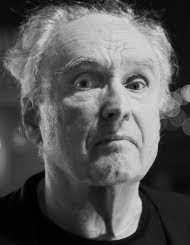