Hunger
When I rose into the cradle
of my mother’s mind, she was but
a girl, fighting her sisters
over a flimsy doll. It’s easy
to forget how noiseless I could be
spying from behind my mother’s eyes
as her mother, bulging with a baby,
a real-life Tiny Tears, eclipsed
the doorway with a moon. We all
fell silent. My mother soothed the torn
rag against her chest and caressed
its stringy hair. Even before the divergence
of girl from woman, woman from mother,
I was there: quiet as a vein, quick
as hot, brimming tears. In the decades
before my birthday, years before
my mother’s first blood, I was already
prized. Hers was a hunger
that mattered, though sometimes
she forgot and I dreamed the dream
of orange trees then startled awake
days or hours later. I could’ve been
almost anyone. Before I was a daughter,
I was a son, honeycomb clenching
the O of my mouth. I was a mother—
my own—nursing a beginning. 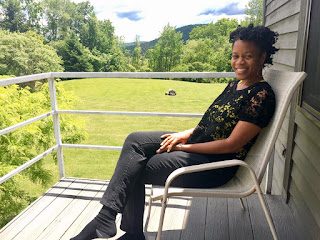