A Description of the King by Zbigniew Herbert

A Description of the King
The king's beard on which sauces and ovations
fell until it became heavy as an axe
appears suddenly in a dream to a man condemned to die
and on a candlestick of flesh shines alone in the dark. 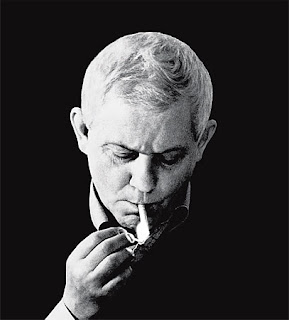