How often have I spoken of the thistle,

the honeysuckle, the blistering bee?

How often have I asked how? I’ve grown tired

of my questions. And you’ve grown tired

of the limits of my language. I hate this measure

of memory, the constant return to the creek, the field,

the sundering South. I want release from the pasture

of my youth, from its cows and cobs in the mouth.

Forgive me my tiresome nostalgia. Forget it.

Let me forge a fissure between what was and is.

I have no accent. You would not know where I was from

if I didn’t keep reminding you. Look at my city

shoes crunching through the new snow

on the sidewalk. Not a blade of grass anywhere.

Which is not to say, Praise the urban, privilege the shadow

of the alley over the shade beneath a tree, or the average sky-

scraper over a clearing.

Not in a surfeit of emotion, but in its thoughtful

may be pulled as milk through an udder, into a purer stream

—this is how Wordsworth would have it,

not red-eyed and trembling, but clearheaded,

the tempest assuaged. Can you believe that?

Easy to say from some green-lined walking trail,

but this is a city, and here is an old woman

on the curb, broken as easily as a wafer she might have

had with her iced tea later this evening. Here is a reason

to prefer whiskey over a cow’s poor offering. Whiskey,

essential as water, worthy of pain and erasure. 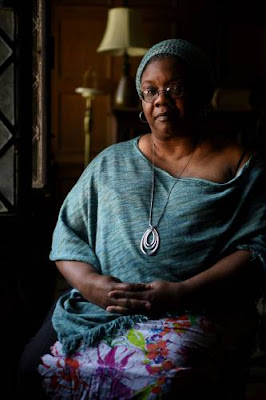