Souvenir of the Ancient World by Carlos Drummond de Andrade

Souvenir of the Ancient World

Clara strolled in the garden with the children.

The sky was green over the grass,

the water was golden under the bridges,

other elements were blue and rose and orange,

a girl stepped onto the lawn to catch a bird,

all was quiet around Clara.

The children looked at the sky: it was not forbidden.

Mouth, nose, eyes were open. There was no danger.

What Clara feared were the flu, the heat, the insects.

She waited for letters slow to arrive,

She couldn't always wear a new dress. But she strolled in the garden, in the morning!

They had gardens, they had mornings in those days! 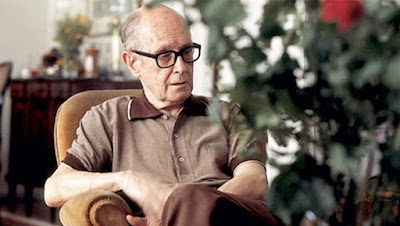