It makes so little difference, at so much more
Than seventy, where one looks, one has been there before.

Wood-smoke rises through trees, is caught in an upper flow
Of air and whirled away. But it has been often so.

The trees have a look as if they bore sad names
And kept saying over and over one same, same thing,

In a kind of uproar, because an opposite, a contradiction,
Has enraged them and made them want to talk it down.

What opposite? Could it be that yellow patch, the side
Of a house, that makes one think the house is laughing;

Or these—escent—issant pre-personae: first fly,
A comic infanta among the tragic drapings,

Babyishness of forsythia, a snatch of belief,
The spook and makings of the nude magnolia?

… Wanderer, this is the pre-history of February.
The life of the poem in the mind has not yet begun.

You were not born yet when the trees were crystal
Nor are you now, in this wakefulness inside a sleep. 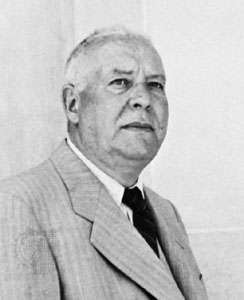