In the beginning was Lebanon by Lawrence Joseph

In the beginning was Lebanon

In the beginning was Lebanon,
a mountain of musk and the sea
above a star, and the star, Son
of Ali, massacred on a hill
of Galilee grown smooth from rain,
and the rain, oil that washed
skulls and jawbones and pelvises
of children back into red sand
was with God; and the Lebanon
was God. God of high, polished
black boots, faces masked
with black hoods, compounded
of two elements and a single will
to seek vengeance from Abbasids,
Druse, Palestinians, who sits
at the right hand of a swimming
pool in the villa of Saint George
in the kingdom of the Knights
Templar, God who assumes the body
of the father in the holy tomb,
blue-haired or gray-eyed
God who transforms Moslems into dogs
with painted coats, Christians
into slaves with disks in their ears,
God who denies any heart lifted
toward the screen of giant clover,
ignorant God of the great
wars and the families who, reincarnated,
is English and who, beneath
a photograph of Father Abraham,
dozes before bread and sweet milk
above Massar-es-Shouf, this God
who changes tears into bombs
of phosphorus in the eyes of the dumb,
God of the villages named after blood
who, like the sea, sees the houses
at its bottom, who, like the star,
pours down its promises on the Feasts
of the Pigs, who, like fire,
burns the sea and our stomachs
and the brain of the child
who stumbles against the earth around which
brothers and sisters wail. 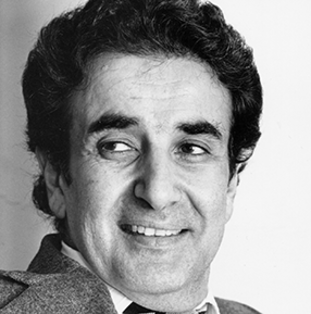 Posted by Anonymous at 9:51 AM