My father lived in a dirty-dish mausoleum,
watching a portable black-and-white television,
reading the Encyclopaedia Britannica,
which he preferred to Modern Fiction.
One by one, his schnauzers died of liver disease,
except the one that guarded his corpse
found holding a tumbler of Bushmills.
"Dead is dead," he would say, an antipreacher.
I took a plaid shirt from the bedroom closet
and some motor oil—my inheritance.
Once I saw him weep in a courtroom—
neglected, needing nursing—this man who never showed
me much affection but gave me a knack
for solitude, which has been mostly useful. 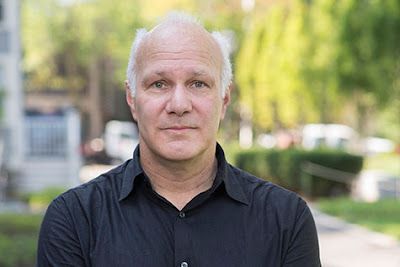