Picture of the Author with Vice President by William Wenthe

Picture of the Author with Vice President

That’s me on his left. If neither one of us
looks comfortable, it’s because I said
I’m sorry to hear about his heart.
A small machine, he says, sends tiny sparks
in there, to pace the flow of blood.
Some people will dispute this photo; his office
has denied it’s me; but I have to believe
I am in the picture. It’s awkward, yes,
for we don’t know each other;
and if he’s known as a man who keeps
public secrets, I’m not known at all.
Even so, he and I share something
that we cherish, deeply, which is our love

of trout. On his Wyoming ranch, he owns
a trout stream for himself. When I raise
the question—How’s the fishing?—he will rise
to the subject, and we will have grown
a little closer, having now disclosed
a passion no one, having known, lets go.
And he, too, is a man who knows cold blood
of trout cares nothing for who you are.
Nor do they care who owns the land
their water flows within: So long
as land and stream stay clean, they live.
Because I must rely on public lands
to find—weighed out in the flash
of a trout’s brilliant scales—that cleanly order,
I’m concerned about his sympathy
with those who call such places “undeveloped.”

But I know better than to say as much
to a man who’s so well versed
in the rhyming of ecology with economy—
abstract nets that hold so many tangibles,
such as meadow grass that filters silt
so cutthroat trout may have clean beds
of gravel for their spawning redds;
or the English teacher whose hopes
for a pay raise float on the promise
of a growing tax base—in other words,
the new sport coat I’m wearing
in the photo, bought for this occasion.
Still, I want to believe in the heart
of a man who would fish a barbless fly
for a trout, and let it go; who would spend
that much time to be where trout live, to step
so softly in their stream, they do not frighten.

So I am going to tell him a story
about the Sacramento Mountains of New Mexico,
and a man who lived there. By all accounts,
William Myers knew the land, but owned
none of it. Had no money, so in order to live
in the mountains, he bartered work
for the privilege of staying in
other people’s second homes.
One day, he drove his ATV up a ridge
to scout the most likely route to run a pipe
to his friend’s house. He lit a cigarette,
studied the forest floor, as he’d often done
for fresh deer lies, bear scat, a crop of mast
that might draw wild turkeys in.
Whether it was a spark from the ATV
or the cigarette, he didn’t know; but he was sure,
he told police, that it was he who caused the fire.
That night, a glowing orange blemish on the sky;
by next day, a dry mist with a taste
of wet paper. Nine thousand acres
of forest he had hunted, ponds and creeks
he’d fished—the bell-note of hummingbird wings,
the raccoon crooning to her pups—gone up
in a surf of flame; sap-laden pines burst
like the improvised gas-and-bottle bombs
he’d learned to make in the army. Helicopters
dropped fire-retardant chemicals on a woods
he’d loved but never owned, and never meant

to burn. They fell in scarlet plumes, like blood
that must have sprayed from his skull
when he stood in front of the gun
he held in his own hand, and fired.
—Well, it may have been the words
like blood, and skull, and gun,
that made the men in sunglasses bring
our conversation to a polite, efficient end.
Or it could have been my agitation
over a man who took responsibility—
who, as his scribbled farewell letter read,
could never live with what he had destroyed. 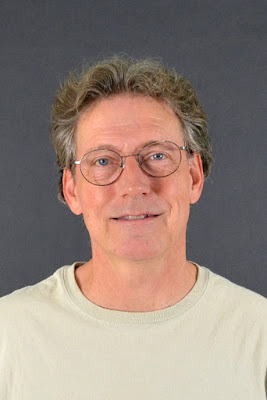