All night a door floated down the river.
It tried to remember little incidents of pleasure
from its former life, like the time the lovers
leaned against it kissing for hours
and whispering those famous words.
Later, there were harsh words and a shoe
was thrown and the door was slammed.
Comings and goings by the thousands,
the early mornings and late nights, years, years.
O they've got big plans, they'll make a bundle.
The door was an island that swayed in its sleep.
The moon turned the doorknob just slightly,
burned its fingers and ran,
and still the door said nothing and slept.
At least that's what they like to say,
the little fishes and so on.
Far away, a bell rang, and then a shot was fired. 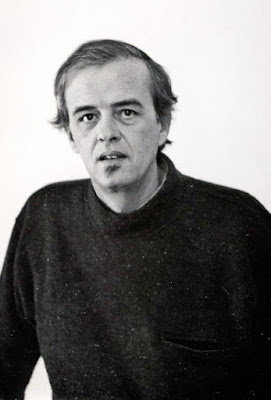 Posted by Anonymous at 7:02 AM