Alone in Woody Creek, Colorado,
I fell asleep reading “Measure for Measure,”
Right at the part where the Duke delivers
His Old Testament decision of haste
Paying for haste, and leisure answering
Leisure, like quitting like, and (wait for it)
Measure for measure. I saw it performed
Once, in Stratford; I was maybe twenty.
I only remembered the “measure still
For measure” part, until now. It stuck
With me. But the rest of it was wiped clean
From my memory, all of Stratford, too.
Still, the way the actor leaned on that half
Line, “measure still for measure,” as though it
Were the measure of his self, measure still
For measure, all these years, I remembered
Being the heart of the play, its great gist;
But I forgot it was a death sentence.
Whether Angelo deserved such a fate,
Or Isabella’s ability to
Rise above the mire doesn’t matter:
Death, not beauty, woke me.
My neck aches.
All of Shakespeare feels like lead on my chest,
Not for death, let’s face it, death awaits us,
Usually with less prescient language,
But death measures us with a noun’s contempt
For our imagination, being death
But not dying, making do, like when I
Turn from the Bard, look outside and behold
A herd of a hundred elk, surviving
The snow as they know how––being elk.
An hour ago they were in the hills,
But now they graze a mere five feet away,
Their world othered by these austere windows;
The massive seven-pointer, chin held high
To prevent his thick neck from crashing down,
Hoofs the snow and starts toward me, but then turns
To compass the valley between his horns. 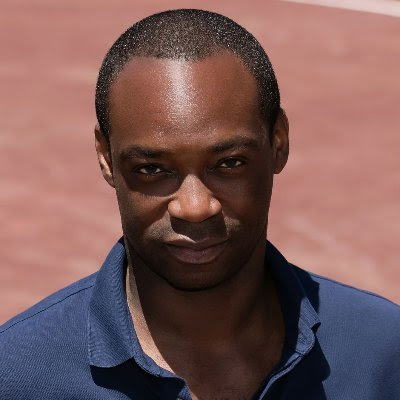 Posted by Anonymous at 7:23 PM