When my brother died
I worried there wasn’t enough time
to deliver the one hundred invitations
I’d scribbled while on the phone with the mortuary:
Because of the short notice no need to rsvp.
Unfortunately the firemen couldn’t come.
(I had hoped they’d give free rides on the truck.)
They did agree to drive by the house once
with the lights on— It was a party after all.

I put Mom and Dad in charge of balloons,
let them blow as many years of my brother’s name,
jails, twenty-dollar bills, midnight phone calls,
fistfights, and er visits as they could let go of.
The scarlet balloons zigzagged along the ceiling
like they’d been filled with helium. Mom blew up
so many that she fell asleep. She slept for ten years—
she missed the whole party.

My brothers and sisters were giddy, shredding
his stained T-shirts and raggedy pants, throwing them up
into the air like confetti.

When the clowns came in a few balloons slipped out
the front door. They seemed to know where
they were going and shrank to a fistful of red grins
at the end of our cul-de-sac. The clowns played toy bugles
until the air was scented with rotten raspberries.
They pulled scarves from Mom’s ear—she slept through it.
I baked my brother’s favorite cake (chocolate, white frosting).
When I counted there were ninety-nine of us in the kitchen.
We all stuck our fingers in the mixing bowl.

A few stray dogs came to the window.
I heard their stomachs and mouths growling
over the mariachi band playing in the bathroom.
(There was no room in the hallway because of the magician.)
The mariachis complained about the bathtub acoustics.
I told the dogs, No more cake here, and shut the window.
The fire truck came by with the sirens on. The dogs ran away.
I sliced the cake into ninety-nine pieces.

I wrapped all the electronic equipment in the house,
taped pink bows and glittery ribbons to them—
remote controls, the Polaroid, stereo, Shop-Vac,
even the motor to Dad’s work truck—everything
my brother had taken apart and put back together
doing his crystal meth tricks—he’d always been
a magician of sorts.

Two mutants came to the door.
One looked almost human. They wanted
to know if my brother had willed them the pots
and pans and spoons stacked in his basement bedroom.
They said they missed my brother’s cooking and did we
have any cake. No more cake here, I told them.
Well, what’s in the piñata? they asked. I told them
God was and they ran into the desert, barefoot.
I gave Dad his slice and put Mom’s in the freezer.
I brought up the pots and pans and spoons
(really, my brother was a horrible cook), banged them
together like a New Year’s Day celebration. 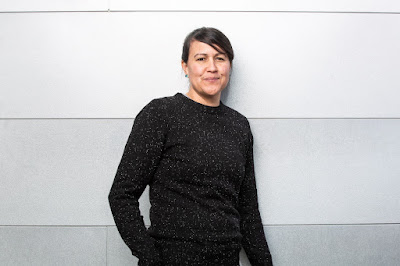 Posted by Anonymous at 7:57 PM