A Song and the Sultan by Mahmoud Darwish

A Song and the Sultan

It was no more than the description of a burst of rain
and handkerchiefs of lightning which burned the secret of trees—
then why did they resist her?
When she said that something different from this water
runs in the river
and the people of the shore are statues and other things,
why did they torture her?
When she told them the forest was abounding with secrets
and the moon was stabbed with a carving knife
and the blood of the nightingale was on that stone, abandoned,
why did they resist her?
Why did they torture her?
When she said, my country is a mountain of sweat
and on the small bridge a man is dying
and darkness burning
the Sultan was angry
and the Sultan is an imaginative creature.
He said, “The fault is in the mirror
so let your singer be silent
and let my kingdom from the Nile to the Euphrates be.”
and he shouted, “Put that poem in prison!”
The torture room, for security,
is a thousand times better than an anthem or a newspaper.
Go and tell the Sultan
that the wind cannot be wounded by the shake of a sword
that millions of trees can become green
in the cupped hand of a single letter.
But the Sultan was angry, and the Sultan is everywhere
on stamps, in psalms,
and on his forehead is the tattoo of hunting.
He shouted, “It is ordered!
Execute this poem!”
Execution Square is the best anthology for obstinate sons.
Go and tell the Sultan
that lightning cannot be imprisoned in a corncob
that songs are the logic of the sun
and the history of sheaves
and the nature of earthquakes.
That songs like tree trunks may die in one land
but sprout in every country
The blue sun was an idea
the Sultan tried to submerge
but it became the birthday of an ember
and the red sun has become an ember
which the Sultan in vain imprisoned
and suddenly the fire
is a revolution!
The voices of blood
have taken the tone of a tempest
and the pebbles of the Square are becoming
like open wounds
and I laugh, awed by the birth of the wind.
When the Sultan resisted me
I grasped the key of the morning
and groped my way with the lamps of wounds.
Oh how wise I was when I gave my heart
to the call of the tempest!
Let the tempest roar,
O let the tempest roar . . . ! 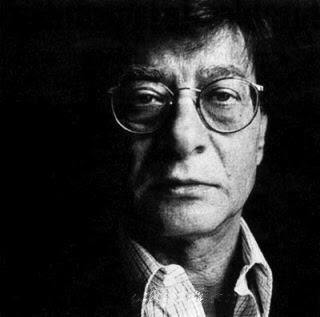 Posted by Anonymous at 7:58 PM