Takeoff on Armageddon – For Ronald Reagan by Alan Dugan

Takeoff on Armageddon – For Ronald Reagan

As we tour the field in the pause
before the final battle, you can see
the flowers growing upside down
among the opposing troops. The roses
look like hairy turds in the dirt
and the insects are behaving like animals
gone wild in the stench because God rots.
They have stung everybody involved:
the forces of good and the forces of evil
are stuck: it’s them against them,
they’re exactly equal, exactly the same,
there’s nothing to fight about, it’s all over,
they have all been fundamentally stung.
They stand there forever, paralyzed in shit.
They wanted Armageddon, they got it.
This concludes the tour of the battlefield.

As we move beyond good and evil let us hope
a sexy hunger for catastrophe does not revive them
from their statuesque military postures because
the final battle will be, you know, the final battle,
and then there will be no more good, no more evil,
no more beyond good and no more beyond evil,
no more roses growing upside down in the dirt,
no more insects, and no more you and your rotten God. 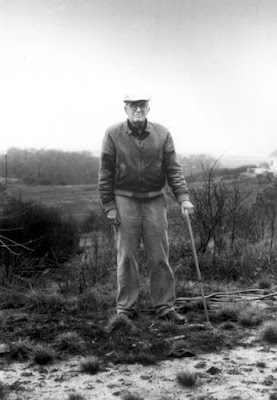