The immense hope, and forbearance
Trailing out of night, to sidewalks of the day
Like air breathed into a paper city, exhaled
As night returns bringing doubts
That swarm around the sleeper’s head
But are fended off with clubs and knives, so that morning
Installs again in cold hope
The air that was yesterday, is what you are,
In so many phases the head slips from the hand.
The tears ride freely, laughs or sobs:
What do they matter? There is free giving and taking;
The giant body relaxed as though beside a stream
Wakens to the force of it and has to recognize
The secret sweetness before it turns into life—
Sucked out of many exchanges, torn from the womb,
Disinterred before completely dead—and heaves
Its mountain-broad chest. “They were long in coming,
Those others, and mattered so little that it slowed them
To almost nothing. They were presumed dead,
Their names honorably grafted on the landscape
To be a memory to me. Until today
We have been living in their shell.
Now we break forth like a river breaking through a dam,
Pausing over the puzzled, frightened plain,
And our further progress shall be terrible,
Turning fresh knives in the wounds
In the gulf of recreation, that bare canvas
As matter-of-fact as the traffic and that day’s noise.”
The mountain stopped shaking; its body
Arched into its own contradiction, its enjoyment,
As far from us lights were put out, memories of boys and girls
Who walked here before the great change,
Before the air mirrored us,
Taking the opposite shape of our effort,
Its inseparable comment and corollary
But casting us further and further out.
Wha—what happened? You are with
The orange tree, so that its summer produce
Can go back to where we got it wrong, then drip gently
Into history, if it wants to. A page turned; we were
Just now floundering in the wind of its colossal death.
And whether it is Thursday, or the day is stormy,
With thunder and rain, or the birds attack each other,
We have rolled into another dream.
No use charging the barriers of that other:
It no longer exists. But you,
Gracious and growing thing, with those leaves like stars,
We shall soon give all out attention to you. 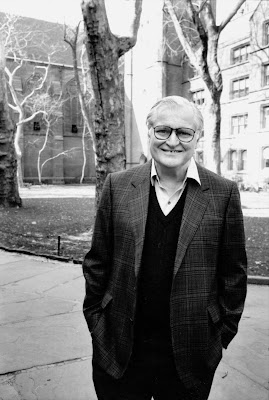 Posted by Anonymous at 8:48 PM