The Performance of Becoming Human by Daniel Borzutzky

The Performance of Becoming Human

On the side of the highway a thousand refugees step off a school bus and into a sun that can only be described as “blazing.”

The rabbi points to the line the refugees step over and says: “That’s where the country begins.”

This reminds me of Uncle Antonio. He would have died had his tortured body not been traded to another country for minerals.

This is a story about diplomatic protections.

The refugees were processed through Austria or Germany or maybe Switzerland.

Somehow they were discovered in some shit village in some shit country by European soldiers and taken to an embassy where they were promptly bathed, injected with vaccines, interrogated, etc.

There was only one gag, says the rabbi, as he tucks his children into bed. So the soldiers took turns passing the filthy thing back and forth between the mouths of the two prisoners. The mother and son licked each other’s slobber off the dirty rag that had been in who knows how many other mouths.

You love to write about this, don’t you?

I am paid by the word for my transcriptions. Just one more question about the gag.

He wants to know what color the gag was, what it was made of, how many mouths had licked it. Hundreds, thousands, tens of thousands?

They used their belts to bind them by the waist to the small cage they were trapped in.

Everything reminds me of a story about an ape captured on a boat by a group of European soldiers who showed him how to become human by teaching him how to spit and belch.

Everything is always about the performance of becoming human.

Observing a newly processed refugee, the rabbi says: “I have seen those blue jeans before.”

At times like this, he thinks: I can say just about anything right now.

This is, after all, a bedtime story for the end of the world.

I am moving beneath the ground and not sleeping and trying to cross the border from one sick part of the world to another.

But where is the light and why does it not come in through your bloody fingers?

You hold your bloody fingers before my eyes and there is light in them but I cannot see it.

You say: There are countries in my bloody fingers. I am interested in the borders.

Or: I am interested in the gas chambers in your collapsible little fingers.

You put them to my face and I see your hands open and in them I see a thick wall and a sky and an ocean and ten years pass and it is still nighttime and I am falling and there are bodies on the ground in your bloody hands.

Think about the problem really hard then let it go and when you least expect it a great solution will appear in your mind.

The broken bodies stand by the river and wait for the radiation to trickle out of the houses and into their skin.

They stand under billboards and sniff paint and they know the eyes that watch them own their bodies.

A more generous interpretation might be that their bodies are shared between the earth, the state and the bank.

The sentences are collapsing one by one and the bodies are collapsing in your bloody hands and you stitch me up and pray I will sleep and you tell me of the shattered bus stops where the refugees are waiting for the buses to take them to the mall where they are holding us now and there is a man outside our bodies making comments about perspective and scale and light and there is light once more in your bloody fingers.

All I see is the sea and my mother and father falling into it.

The water is frozen and we are sleeping on the rocks, watching the cows on the cliff and you tell me they might fall and break open and that sheep and humans and countries will fall out of them and that this will be the start of the bedtime story you will tell me on this our very last night on earth.

Come closer, you say, with your eyes.

Move your bloody face next to mine and rub me with it. We are dying from so many stories. We are not complete in the mind from so many stories of burning houses, missing children, slaughtered animals. Who will put the stories back together and who will restore the bodies? I am working towards the end but first I need a stab, a small slice. The stories they are there but we need a bit more wit. We need something lighter to get us to the end of this story. Did you hear the one about the guy who picked up chicks by quoting the oral testimonies of the illiterate villagers who watched their brothers and sisters get slaughtered?

Have you met Speedy Gonzales’ cousin?

His name is Slow Poke Rodrigues.

His predator, the lazy cat baking in the sun, thinks he will taste good with chili peppers but there’s something I forgot to tell you. Slow Poke always pack a gun and now he’s going to blow your flabbergasted feline face off.

It was 1987 and my friends from junior high trapped me on the floor and mashed bananas in my face and sang: It’s no fun being an illegal alien!

You know you can die from so many stories.

The puddy cat guards the AJAX cheese factory behind the fence, right across the border.

They smell the gringo cheese.

Your gringo cheese it smells so good.

They need Speedy Gonzales to get them some ripe, fresh, stinky gringo cheese.

Do you know this Speedy Gonzales, asks one of the starving wetback mice.

Ha ha ha the little border-crossing, sneak-fucking mouses think it’s cute that they’re invading our culture to steal our cheese but it don’t make a difference because you and I (cue the rhythm and blues) we are taking a stroll on the electrified fence of love cause I feel a little Southern Californian transnational romance coming on right about now.

I feel like Daniel from the Karate Kid because I too once had a Southern Californian experience where I wasn’t aware I was learning ancient Japanese secrets when I was waxing on and waxing off.

And I am with you Mr. Miyagi in Reseda.

I am with you Mr. Miyagi in Pasadena.

And I am with you Mr. Miyagi at the All Valley Karate tournament.

And I am with you Mr. Miyagi in Okinawa where you went in Karate Kid II to meet your long lost girlfriend when you discovered she wasn’t married off when she was just a teenager to your fiercest Okinawan rival.

And I am with you Mr. Miyagi in Tijuana where it’s murder and diarrhea and always kinda kinky.

What do you make of this darkness that surrounds us?

They chopped up two dozen bodies last night and today I have to pick up my dry cleaning.

In the morning I need to assess student learning outcomes as part of an important administrative initiative to secure the nation’s future by providing degrees of economic value to the alienated, urban youth.

So for now hasta luego compadres and don’t worry too much about the bucket of murmuring shit that is the unitedstatesian night. 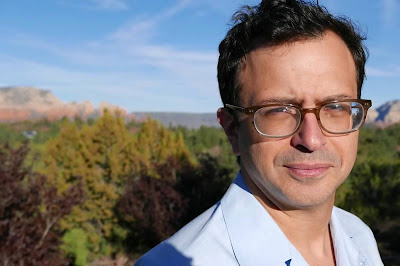 Posted by Anonymous at 9:26 PM