To Have a Friend by Tomaž Šalamun

To Have a Friend

I see the devil’s head, people, I see his whole body
I never thought he could come so close
he longs for innocence, as we do, I have the sensation
he was crammed into the wall for a long time

I have the feeling that his hands ache, that he is tender
and absorbed in thoughts, he licks everything before killing it,
he bursts into tears, scraping meat, he is blessed
he has no friends, he is walking alone in the world

he reminds me of the English teacher
when he was pensioned off, and young secret-police recruits,
it seems his beatitude is failing
the souls squeal when he tortures them

he doesn’t drink them, as I imagined
it seems he derives no benefit from them
I think he would like to have a friend
to share goods and pleasure

he steps in the river and wets his head in it
he doesn’t know how to speak with it
he splashes on the surface
I will leave him as he is, I will not talk to him 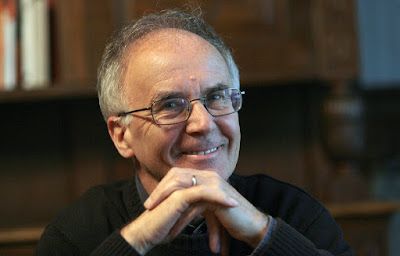 Posted by Anonymous at 9:12 PM