Whenever my father was left with nothing to do —
waiting for someone to 'get ready',
or facing the gap between graduate seminars
and dull after-suppers in his study
grading papers or writing a review —
he played the piano.

I think of him packing his lifespan
carefully, like a good leather briefcase,
each irritating chore wrapped in floating passages
for the left hand and right hand
by Chopin or difficult Schumann;
nothing inside it ever rattled loose.

Not rationalism, though you could cut your tongue
on the blade of his reasonable logic.
Only at the piano did he become
the bowed, reverent, wholly absorbed Romantic.
The theme of his heroic, unfinished piano sonata
could have been Brahms.

Boredom, or what he disapproved of as
'sitting around with your mouth open'
oddly pursued him. He had small stamina.
Whenever he succumbed to bouts of winter bronchitis,
the house sank a little into its snowed-up garden,
missing its musical swim-bladder.

None of this suggests how natural he was.
For years I thought fathers played the piano
just as dogs barked and babies grew.
We children ran in and out of the house,
taking for granted that the 'Trout' or E flat Major Impromptu
would be rippling around us.

For him, I think, playing was solo flying, a bliss
of removal, of being alone.
Not happily always; never an escape,
for he was affectionate, and the household hum
he pretended to find trivial or ridiculous
daily sustained him.

When he talked about music, it was never
of the lachrimae rerum
that trembled from his drawn-out phrasing
as raindrops phrase themselves along a wire;
no, he defended movable doh or explained the amazing
physics of the octave.

We'd come in from school and find him
cross-legged on the jungle of the floor,
guts from one of his Steinways strewn about him.
He always got the pieces back in place.
I remember the yellow covers of Schirmer's Editions
and the bound Peters Editions in the bookcase.

When he defected to the cello in later years
Grandmother, in excrucio, mildly exclaimed,
'Wasn't it lovely when Steve liked to play the piano.'
Now I'm the grandmother listening to Steve at the piano.
Lightly, in strains from Brahms-Haydn variations,
his audible image returns to my humming ears. 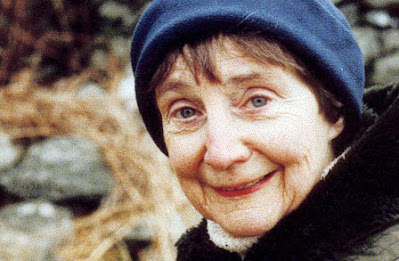